The Credit Union House is a place where credit union history is preserved and the credit union movement is celebrated. It is also a unique events venue, where each client’s vision becomes an exceptional experience.

The top-notch event facility is a permanent presence in DC for credit unions, but Credit Union House is also used by U.S. senators and members of Congress, as well as various organizations, trade associations and other civic groups.

He represented MCUL by directly supporting the credit unions in the two areas he treasured: the Upper Peninsula and Northern Michigan. The League recognized Kingdon as a valued member to the entire Michigan credit union movement with its Personal Leadership Award in 2015 and 2018. His great impact to furthering the credit union movement was highlighted by being the recipient of the Outstanding Team Award in 2014 and 2016 for his work in governmental affairs.

Among Kingdon’s passions was fundraising for the Children’s Miracle Network (CMN). Each year, he was very involved in the AC&E’s silent/live auction. Since 2009, he has helped the Michigan credit union movement raise more than $1 million for CMN.

"Inducting Jordan into the Hall of Leaders was an easy decision,” said MCUL CEO Patty Corkery. “Jordan's work in advocacy at the state and federal level is an example to us all on how to build and nurture relationships. Jordan was an advocate and a friend who we dearly miss. This award will be shared with his family and sent to his son, Ethan."

Kingdon was an alumnus of Okemos High School and the University of Massachusetts, where he competed as a ski racer. Before coming to the League, he worked for the Lansing Lugnuts, the National Basketball Association Hall of Fame and the Michigan Bankers' Association. 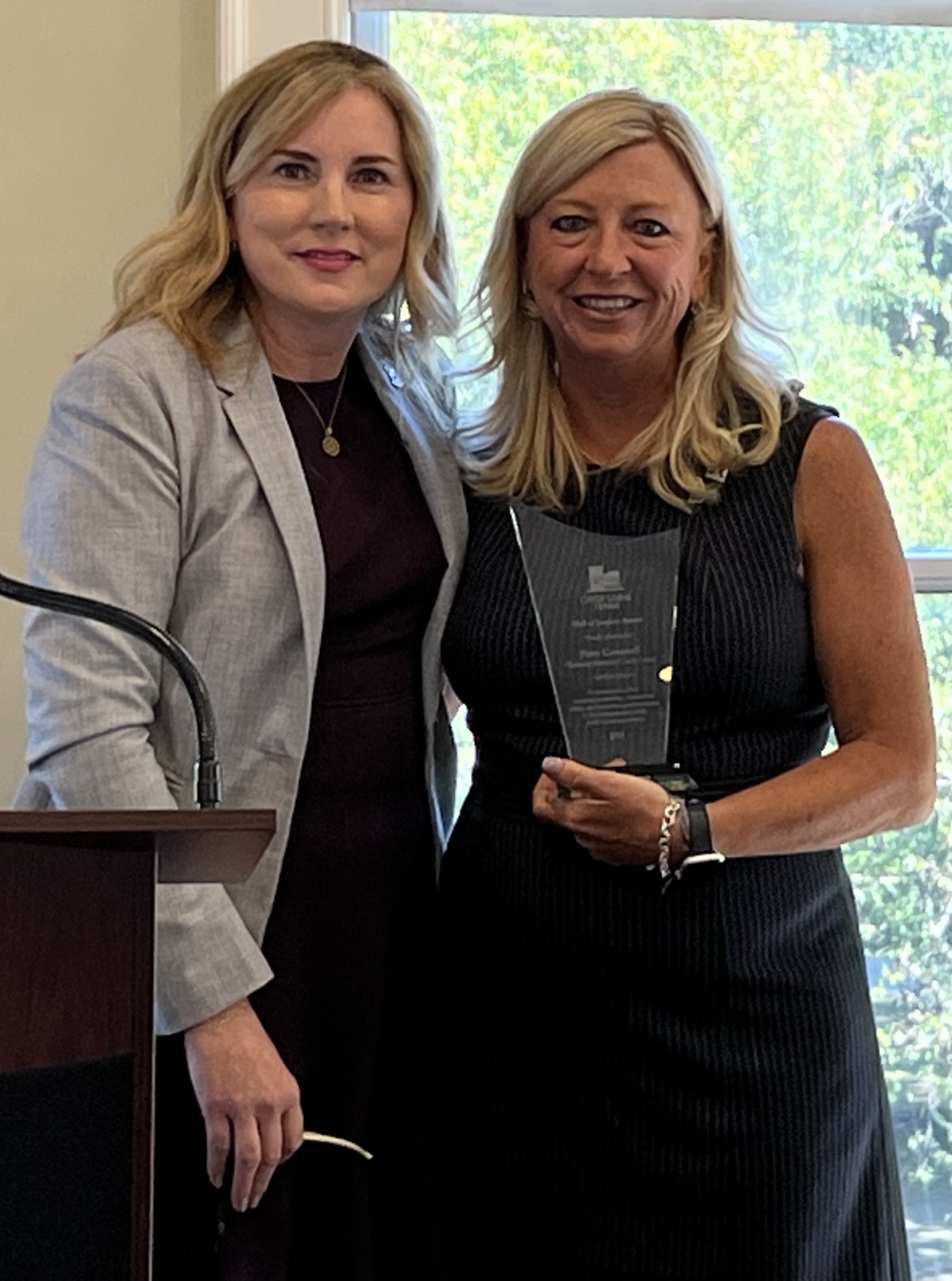 Campbell, has over 30 years of experience working directly inside of financial institutions, the last 27 of which have been as president/CEO of Christian Financial. Her tenure during this time has been focused on innovation in service, financial products, technology and leadership. Her commitment to innovative thinking and practice has allowed the credit union to better meet the needs of their members, lower costs and increase operational efficiency.

Additionally, she has ensured that Christian Financial remains committed to their faith-based foundation, working closely with local churches and the Archdiocese of Detroit to create a suite of products and services tailored to the needs of churches and their congregations.

“I am extremely humbled to be recognized and inducted into the Credit Union House Hall of Leaders for doing what I love most, advocating for credit unions and credit union members,” said Campbell. “I am inspired each day by my amazing colleagues to continue to work for the betterment of credit unions and the advancement of our vision to enhance the financial wellbeing of all of the consumers we serve and those we are yet to serve but who need us most.”

Prior to joining Christian Financial, Campbell worked with national CPA firm KPMG where she focused on providing audit and consulting services for financial institutions. She holds a Bachelor of Science in Accounting from Wayne State University and is a Certified Public Accountant. Campbell is actively involved in many professional associations and committees and is on the Board of Directors for Filene Research Institute, Michigan CUES (Credit Union Executives Society), and CU Solutions Group.

She shares her passion for credit union advocacy as the Chair of the Michigan Credit Union League’s Government & Political Affairs Forums, Chair of MCUL’s state and federal PAC Trustee Committees, Chair of A Stronger Financial Michigan’s Board of Trustees and through service on CULAC’s Board of Trustees.