At this week's 2019 MCUL GAC, the most recent winners were announced. 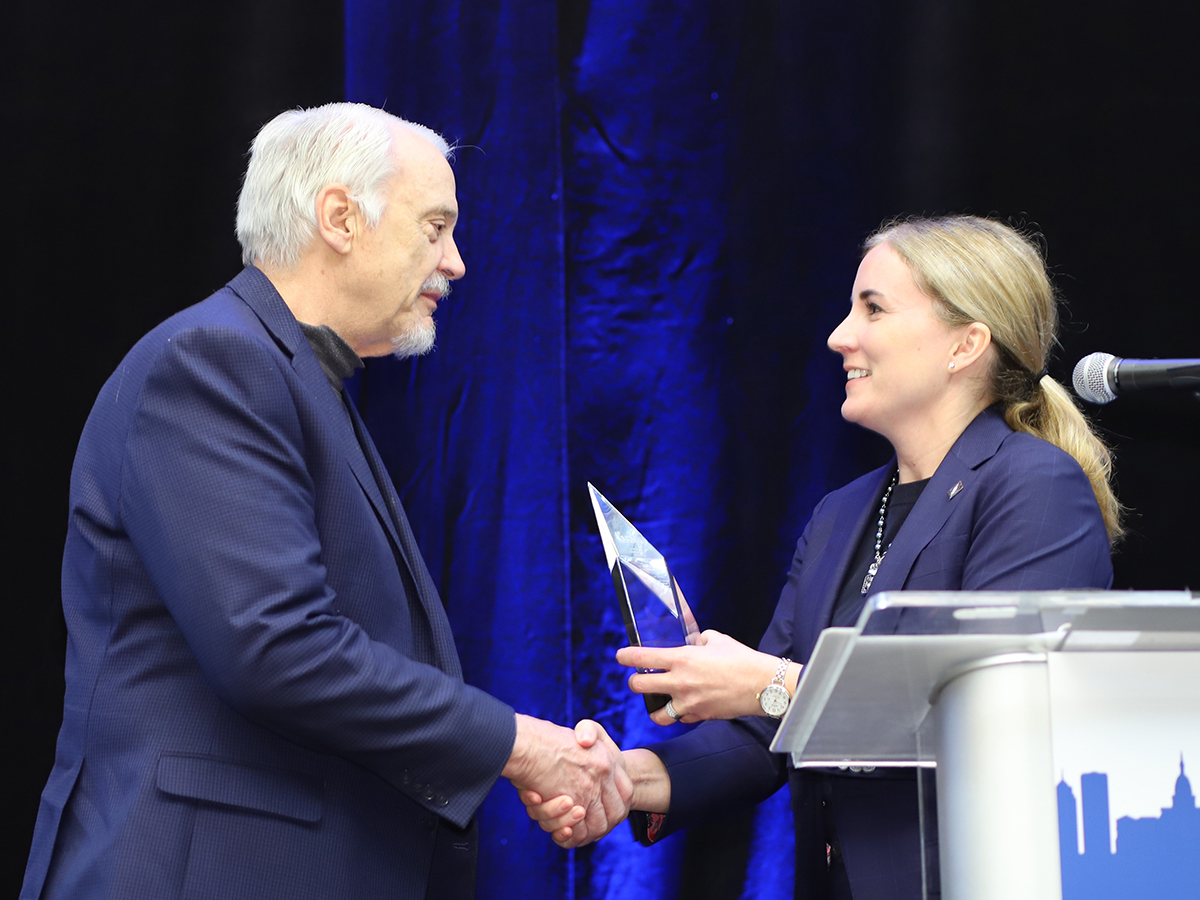 This year’s recipient of the Howard Spencer Grassroots Volunteer Activist Award is Jay Larson. Larson's involvement in Marshall Community Credit Union and within the Michigan credit union industry spans countless years. As Marshall’s Board Chairman, Jay is a credit union volunteer who understands the importance of grassroots advocacy. He is a constant proponent of the mission: people helping people.

Larson continues to be an active participant by meeting with key lawmakers during MCUL’s Hike the Hill, CUNA's GAC and MCUL’s GAC. As a leader in advocacy, he engages with lawmakers during town hall meetings or at in-district events. He constantly encourages credit union executives and volunteers to attend and actively participate in political functions. Whether attending an event in Lansing or Washington, D.C., Larson is an exceptional grassroots advocate for Michigan’s credit unions.

“I was taken by surprise. I consider it a real honor and I hope I deserve it. I know I could’ve done more but I think I made points where I needed to make points. You wonder if you really have an impact, but I think every little bit helps, and maybe I’ve helped a little bit and didn’t even know it,” Larson told MCUL.

He continued to give advice to new, younger advocates, telling them to not get discouraged if you Hike the Hill or come to an event in Lansing and don’t feel like you’ve immediately made a difference.

“The first year I did it, I felt like a fish out of water. I didn’t really know what was going on. But I think, if you’re going to do it, you have to make a commitment to do it for at least a couple years so that you can actually go in and feel comfortable enough to talk about specific issues and examples,” said Larson.

Lon Bone Grassroots Professional Activist Award
The winner of the 2019 Lon Bone Grassroots Professional Activist Award is Mike Loucks. When people talk about credit union grassroots and political involvement in the Capitol Area region, Loucks is never far from the conversation. For the duration of his time at LAFCU, he has been an activist for credit unions in and around the greater Lansing area.

Loucks orchestrated numerous political fundraisers for LAFCU, served as the Capital Area Chapter Chair, attends all the MCUL advocacy events, whether in Lansing or D.C., and serves as a mentor in the grassroots advocacy space for members of the credit union industry far and wide. He brings a wealth of knowledge on issues important to credit unions big and small and has testified in committees on behalf of credit unions numerous times.

Loucks has a passion for credit unions. He served as regional vice president for LAFCU, and under his leadership, both chapter engagement and LAFCU engagement continued to grow. Additionally, he has developed strong professional relationships with all of his local representatives.

“I’m very honored to receive this award; I’m very appreciative of MCUL staff and how well their advocacy team does to prepare professionals to enter these types of roles,” Loucks told MCUL when asked what this award means to him. “Lon Bone and Howard Spencer were my mentors when i first started going to Washing and coming to Lansing to advocate on behalf of credit unions and I’ve tried to follow their lead by getting other people involved in the process and mentoring them too. It’s a pay-it-forward type of proposition.”