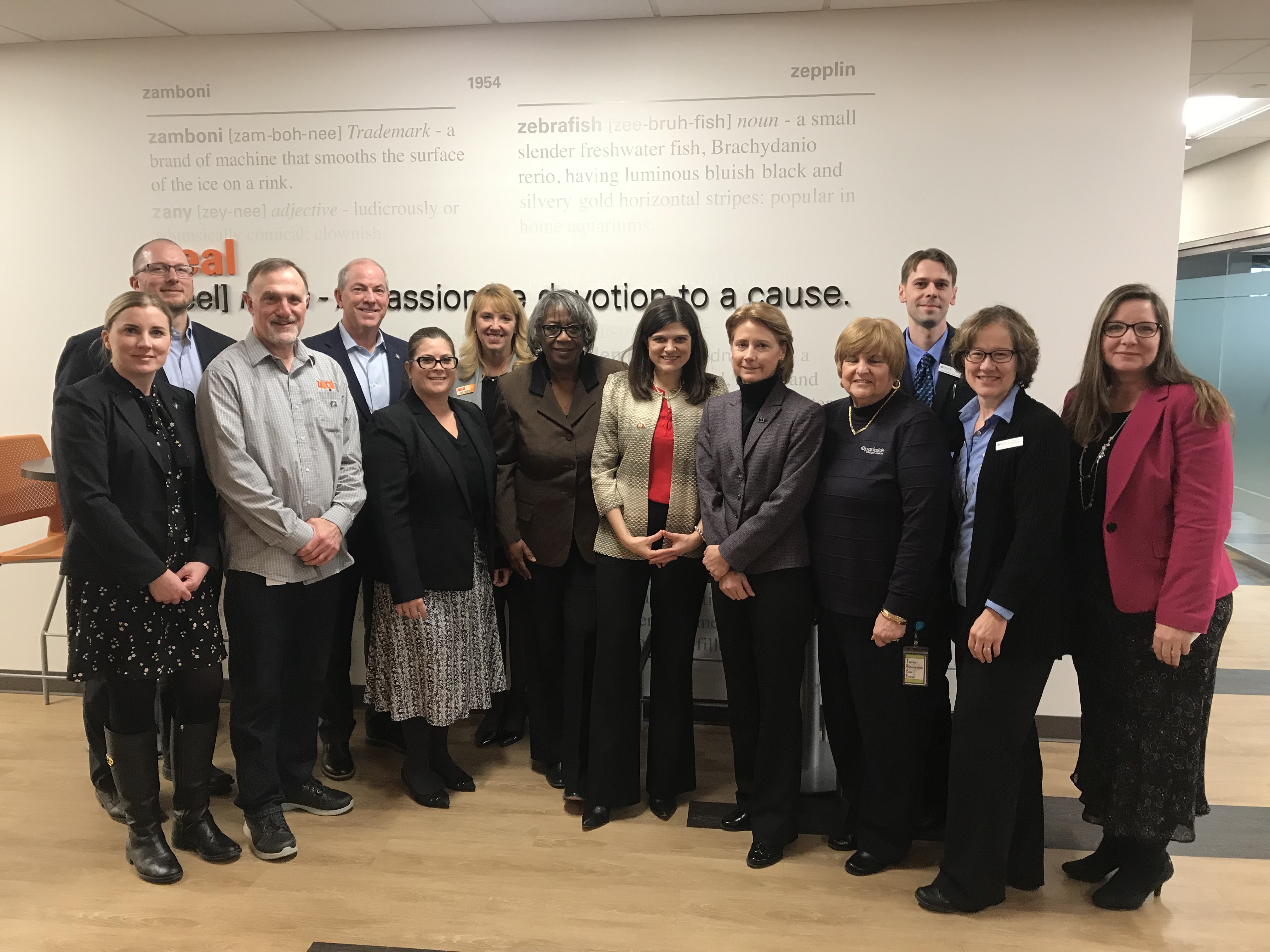 The Michigan Credit Union League (MCUL), along with nearly to 20 credit union leaders from the 11th Congressional District, met with Congresswoman Haley Stevens (D-11) on Feb. 20 at Zeal Credit Union in Livonia.

Rep. Stevens was elected to Congress in November of 2018 and sworn into office in early January 2019. The meeting was our first with her since she took office and afforded us an opportunity to discuss the credit union difference and learn more about her experience, priorities for the 116th District and ideas on how credit unions can further assist members and continue to help boost the local economy.

Rep. Stevens brings a wealth of business, manufacturing and workforce development experience to Congress. Prior to running, she spent time with the Digital Manufacturing and Design Innovation Institute in Chicago where she oversaw a national strategy to train and educate workers in digital manufacturing.

Credit unions greatly appreciated the opportunity to meet with Rep. Stevens and we look forward to working closely with her going forward. And MCUL thanks Zeal Credit Union for hosting the meeting.