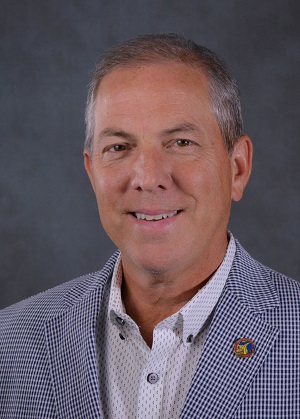 While the NCUA staff signaled at the November 2016 Board meeting that due to robust growth of insured shares and historically low interest rates, a 3 to 6 basis point share insurance assessment might be needed in 2017—alternatives exist that ensure the National Credit Union Share Insurance Fund (NCUSIF) is funded without a credit union assessment.

The rationale that staff used in suggesting the need for an increase was gradual declines in the NCUSIF balance which were projected to drop from 1.27 percent in 2016 down to 1.21 percent by end of 2020. As recounted in an excellent report issued by CUNA entitled “The Case Against an NCUSIF Premium in 2017,” the normal NCUSIF operating level is from 1.2 percent (anything below results in an assessment) and 1.3 percent (amounts above result in a dividend). This report skillfully lays out the historical practices concerning insurance assessments and shows why doing so this year would be wholly unnecessary.

Past practice by the NCUA was to only levy an assessment if not doing so would have left the fund at or below 1.21 percent, which—even if we do nothing and projections are correct—won’t occur until four years from now. In light of this, even using NCUA’s own projections, there is absolutely no clear and present likelihood that the fund will dip anywhere near 1.21 percent in the next several years, so staff talk of a 2017 assessment should be greeted skeptically by the Board.

In fact, the NCUA is currently considering a merger of the NCUSIF with the Temporary Corporate Stabilization Fund (TCSF) now that the resolution of the five corporate credit unions is in the home stretch. While the TCSF won’t have final resolution of its affairs until 2020 or 2021, doing so would infuse the NCUSIF with at least $1.5 billion, which would kick the fund balance up to at least 1.40 percent and possibly 1.45 percent, meaning the NCUA Board could immediately provide a dividend of about $1 billion, while simultaneously topping off the fund at 1.3 percent.

The NCUA Board should look skeptically at the idea of bolstering the fund by retaining amounts above 1.3 percent. By merging the funds, instead of getting socked with a 2017 assessment, credit unions would receive a $1 billion dividend within a year, and another significant dividend when the TCSF is finally wound down in 2021.

More specifics on the potential merger of the NCUSIF and the TCSF can be found in another excellent white paper, just issued by CUNA’s Research and Policy Department entitled “NCUA’s Corporate Stabilizations Program, An Update.” The white paper outlines the historical backdrop of the TCSF, recent developments, and provides an overview of how a merger of the funds would not only eliminate the need for an assessment, but also provide an opportunity for the Board to issue a $1 billion dividend.

In addition to merging the NCUSIF and TCSF, under the leadership of newly appointed Chairman Mark McWatters, the Board could help credit unions immensely by working to drive down NCUA operational costs, which represents the main driver of NCUSIF costs. NCUA staffing levels remain at high levels even though in 2017 we are several years past the financial turmoil that battered the financial system.

Looking back, the NCUA budget was $152 million in 2007, and had jumped to $237 million by 2012 and in 2017 is a whopping $299 million. While having high numbers of examiners may provide a sense of security to regulators, developing cutting edge remote monitoring techniques, along with innovative approaches to use of third-party data to evaluate credit unions should prove more cost effective in the long run. Reducing the disruption of exams, particularly at well capitalized credit unions with strong CAMELS ratings should be a priority that we can all support.

After careful consideration, the Michigan Credit Union League agrees with conclusions of the CUNA whitepaper that on balance, merging the NCUSIF and the TCSF makes good sense. The NCUA Board has the chance, by merging the NCUSIF and TCSF, to enable $1 billion in dividends to credit unions and to cut unnecessary operating costs and implement smarter regulatory approaches that will serve the industry for decades to come. And as for a 2017 assessment—plain and simple—the NCUA Board should firmly reject any recommendation to issue an assessment.