At AC&E, Economist Says There's Good News for Michigan's Economy--But It Could Be Better

DETROIT—There’s good news for Michigan credit unions and consumers, but it could be better. 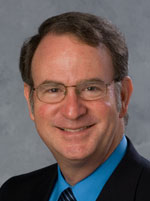 That was the word from Charles Ballard, a Michigan State University economics professor who offered an economic outlook during the Michigan Credit Union League and CU Solutions Group’s Annual Convention & Exposition.

Even after adjusting for inflation, said Ballard, per-capita personal income in Michigan is at the highest level it’s ever been, even though the state has witnessed unbalanced economic gains for the last four decades, with most of those gains going toward consumers near the top of the income ladder.

Part of what has impacted that is the decline in Michigan’s manufacturing sector, but Ballard noted that durable goods consumption has changed—frankly, consumers don’t buy them as much as they used to, he said, adding that more purchases are now for items like apps and other digital commodities.

Still, Michigan has had six years of “halfway decent growth,” including gaining 100,000 jobs last year, though Ballard noted that the state is still well below its all-time peak for manufacturing jobs, which it hit in the year 2000. The boom of the 1990s, he explained, was followed by a crash during the first decade of the new millennium, but jobs have now progressed to a bit more than halfway back to where they were at their peak.

“It’s a good news-bad news situation,” he said. “We’re making progress, but that’s against the backdrop of a very tough decade.”

While Michigan has seen strong improvements in recent years, Ballard offered the example of Massachusetts as a state Michigan can look to for ways it could improve—chiefly in the realm of education.

He pointed out that states that place a strong emphasis on education, such as Massachusetts, tend to have higher per-capita incomes, and Ballard claimed Michigan isn’t investing in education in the manner it could be—across the spectrum from pre-K to Ph.D.

Investing in young children—as young as ages 3 and 4—is the investment that will ultimately provide states with the highest rate of return, he said, though it’s a long-term investment that takes decades to come to fruition. Just because you might not live long enough to enjoy the shade of a large tree in your yard, Ballard said by way of example, doesn’t mean you shouldn’t still plant the tree.

More coverage from day one of AC&E is available here and here.