MCUL Asks for Comments on Field of Membership 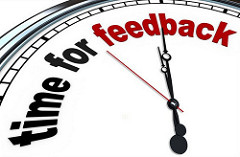 MCUL has issued a summary of the NCUA’s Field of Membership proposal and request for comment. The proposed rule would modernize the Federal Credit Union charter in a number of ways, including:

MCUL, together with CUNA, strongly encourages credit unions to comment to the NCUA, by Feb. 8, in support of the agency’s efforts as well as provide any additional comments. MCUL’s summary and request for comment can be found here. Credit unions can also take action and submit comments via CUNA’s FOM Action page here. A letter writing guide for submissions can be found here.

Should your credit union have any questions or wish for the MCUL to incorporate your comments into our comment letter please reach out to Sarah Stevenson, Melissa Osborn  or Kirk Hanna.